Established on August 2, 1997 as Au Lac Quang Ninh Company Limited, based in Tuan Chau Island, Ha Long, Quang Ninh. Over the course of 20 years, Au Lac Limited Company has built and developed Tuan Chau Group with more than 30 member companies operating in all fields from the North to South with the International Tourist Week Leading Vietnam and famous projects are being invested in the provinces in the country.

Looking back on the past 20 years milestone milestones

Construction of the road through the sea

In 1997, after its inception, Au Lac Quang Ninh Limited Company invested in constructing a two kilometer sea crossing road, 15m wide, connecting Highway 18 with Tuan Chau Island. By the end of 1998, after nearly 2 years of construction, the road was completed to transport materials and equipment to carry out the next projects on the island. 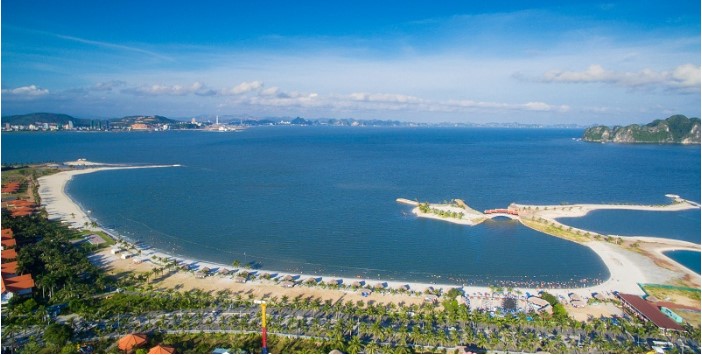 The first project on the island invested by the company is artificial beach is more than 4km long. The beach is formed from more than one million cubic meters of sand transported nearly 200km from Tra Co to Tuan Chau. The project has been completed and put into operation since 2002. So far the beach has been extended more than 10km to meet the needs for visitors. Every year, Tuan Chau – Ha Long International Women’s Beach Volleyball Tournament takes place as well as other beach sports. 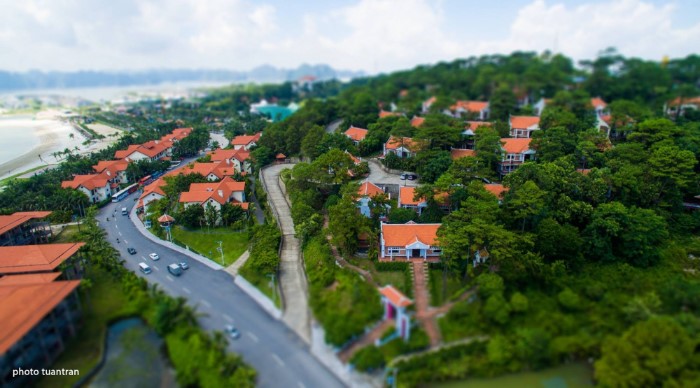 Next to the beach is the coastal resort project and the hillside; Vietnamese cuisine garden. The complex of 4-star standard resort hotels is located along the beach and the hills with more than 1000 luxurious rooms. The Vietnamese cuisine garden has a total area of over 20,000m 2 including 14 wooden houses designed in 17th and 18th century architectural style with Vuon Dao, Thuy Dinh, Thien Thai … can serve at the same time 4,000 guests. Along with the completed service projects, the company continues to invest in building the international entertainment Tuan Chau. The entertainment area has a total area of nearly 100ha including: green park, flowers; Clubs Heo-Sea Lion-Sea Lion, circus people, circus animals, magic; 9D movie; 12,000 seats of water music and lazer lighting; water puppet theater; with hundreds of games in the home and outdoors … Currently the Group is continuing to build the largest performing landscape in Vietnam and invest more modern services. The playground is also home to cultural and artistic events at home and abroad. In 2009 the Group officially put port 1 into operation. The port has a berth of 2,200m. Port 1 has the capacity to receive more than 200 small and large ships in and out. Around the port is the East and South Tuan Chau commercial and other real estate projects million.

In 2012, the Group continues to invest in building port 2. The port 2 is invested synchronously, the total investment value when completed with items around 10.000 billion. After three years of construction with 24/24 period, to October 7, 2015 Ministry of Transport and Tuan Chau Group solemnly announced, inaugurated. The port has a berth of 7km, which can accommodate 2,000 tourist ships at the same time.

Located in the port system is the central station. After the renovation and upgrading, on October 25, 1616, Tuan Chau Group officially put the new multi-functional station into operation. The station is designed modern professional construction with a floor area of ​​more than 8000m2, the most advanced equipment. The station is arranged more than 1,000 seats and can simultaneously receive about 3,000 guests to check-in boarding Halong Bay. Along with that is the service free of charge for tourists such as ethnic music; Drinks, hot, cold; amusement park for children; clinics; supermarkets, restaurants; luxury international standard toilet … In 2009, Tuan Chau Group opened a road on the sea to transport people and means by three ferries from Tuan Chau, Ha Long to Cat Ba, Hai Phong to serve the people of two regions and tourists. Tuan Chau – Cat Ba ferry has capacity of 120 tons, capacity 200 passengers. Each day the ferry operates from 10 to 12 flights, bringing about more than 2,000 passengers. Co Co Paradise tourist resort in Dien Duong ward, Dien Ban commune, Quang Nam province is planned by Tuan Chau corporation from 2015. The project has a total area of 38ha in the area of fun international entertainment, resort … so far, the project is under completion and will be inaugurated next year. In 2017, Tuan Chau Group has proposed to the Party Committee and People’s Committee of Ho Chi Minh City to invest in the construction of a large complex of projects including New City New City in Cu Chi District, Sai Gon Marina City project – Can Gio Seafood City, Kim Bien chemical market relocation project in District 5. Total estimated investment cost for these projects is about 65,000 billion VND. These projects have been supported by leaders and people in Ho Chi Minh City. Currently, the corporation is completing all procedures to promote investment projects.

Looking back on the history of the 20-year journey of Tuan Chau Group can see the milestone marks a turning point in the development strategy and thus create a dramatic shift in revenue, profitability, employment , employee income. Besides, the corporate responsibility for society is always paid attention by the corporate leaders. The charity work of Tuan Chau Group for the poor, people affected by natural disasters at home and abroad has been recognized by society. Mr. Dao Hong Tuyen (left) – Founder of Tuan Chau Group, Chairman of the Group supports $ 1 million, equivalent to 21 billion, to the people of Japan in the 2011 earthquake disaster, through the tsunami Ambassador Yasuaki Tanizaki.

Key word
out of masks
News